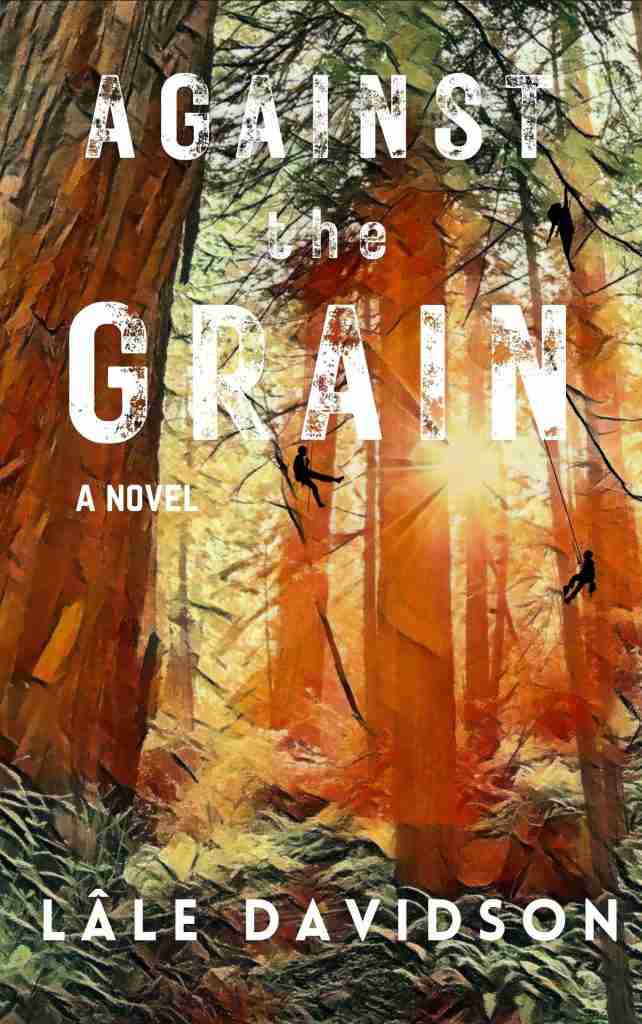 An environmental novel with a mystical twist …

Two-thousand-year-old redwoods once cloaked the northern California coast like bear fur, mesmerizing in their enormity. As a boy, Logan Blackburn spent many nights on a platform twenty stories off the ground in his favorite giant, Uuma, lulled to sleep by the strange murmuring and thrumming of the ancient redwood. As an adult, he joins his father and other activists to fight Pacific Lumber and save the three percent of that remains. When Logan’s father dies in the attempt, the spell is broken. Logan can no longer hear the trees.

To make matters worse, billionaire Atlas Jamison, who staged a hostile takeover of Pacific Lumber, is tripling the tree felling rate. The largest and most ancient ones are being reduced to lawn furniture with heart-stopping speed.

Activists resort to ever more desperate measures to save both trees and planet, but Jamison seems unstoppable until his daughter Diana shows up, wanting to protect him from what she thinks is an unfair smear campaign.

Can Logan overcome his grief and rage to show this privileged and savvy woman how to hear the voices of the trees—and stop her father’s destruction? Is there more to Atlas Jamison than meets the eye?

Based on the true story of violent clashes in Northern California between corporate raiders, loggers, and activists during Redwood Summer 1990, Against the Grain is action-packed, transcendent, and timely. It asks, what will it take to wake humans up? Violence, love, or loss?

“Against the Grain combines gorgeous poetry and romance with heart-stopping action, as the daughter of a rich CEO joins forces with a logger’s son to stop a huge lumber company from destroying an ancient redwood forest. The trees themselves become surprisingly powerful characters in this rich, multilayered novel. After reading Against the Grain, you’ll never look at a tree in the same way again.”
—Matt Witten, bestselling author of The Necklace

“I found the story quite enthralling. Lâle Davidson does a remarkable job of capturing the moods and rhythms of a very special time and place.”
—Larry Livermore Spy Rock Memories, publisher of Lookout magazine, and veteran of Redwood Summer.