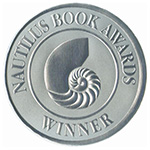 What if … you were told you won’t be accepted because you don’t sound like everyone else… you want more choices than your world offers… you love a man you can never have … you need to reconnect with the land you left behind? That is Margaret’s story. Becoming Herself is the tale of a woman’s road to self-discovery in the first half of the 20th century. It is as current as today’s headlines.
On her first day in America, seven-year old Maggie Clancy is placed in an orphanage by her grieving widowed father. She is told that from now on she will be called Margaret. Maggie will no longer exist. She will have to forge her own path in this new world of upstate New York. Her lovely singing voice provides her the needed entry.
In an era when she loses the corset and gains the right to vote, Margaret struggles with balancing the roles of wife and mother with her longing to do even more with her life. She’s a witness to the prejudices experienced by Irish immigrants and to Americans questioning the patriotism of their German-Americans neighbors during WWI. Despite that, she hopes and believes that man’s inhumanity to man will lessen when women make their voices heard.
Margaret embraces the changes and challenges of a world that’s experiencing airplanes in the skies, radios in the parlor and women beginning to assert their independence inside and outside the home. Margaret yearns to find the Maggie who’s been lost by returning to Ireland, the land of her birth.
In Becoming Herself, Margaret shares her dreams, conflicts, and never- to- be-told secrets. It is the story of a woman searching to become all she is capable of being.

To Leave a Book Review for “Becoming Herself” by Maureen Reid, Please CLICK HERE