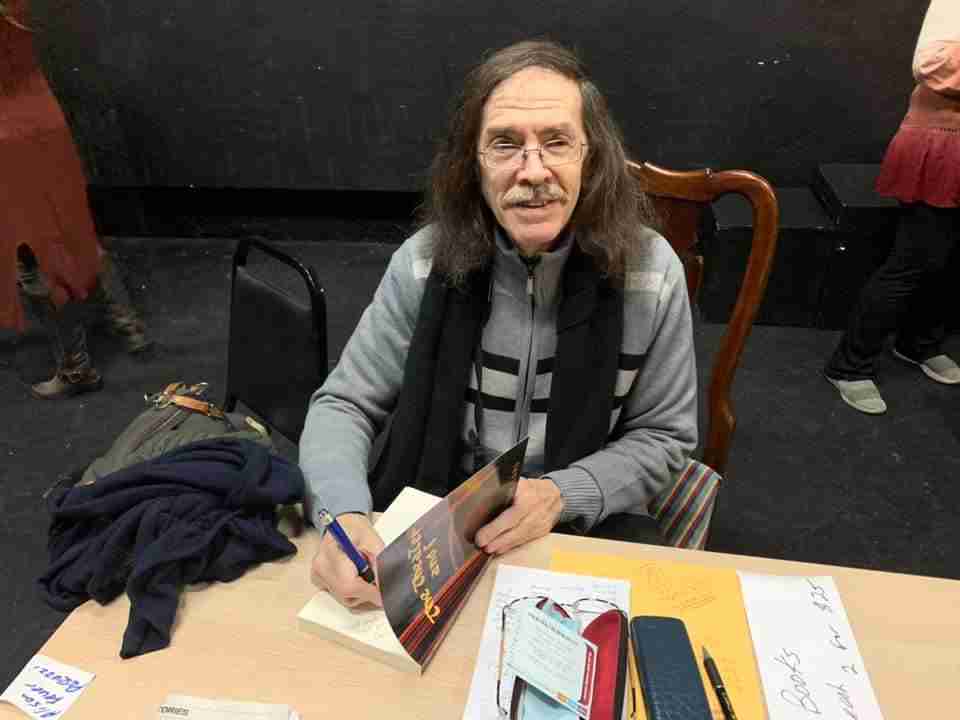 Unlike many people, writing a book was never a bucket list item for me, but recently completing one and seeing it reach publication has truly been one of the most rewarding experiences of my life.

This is due in large part to my collaborative partner, my publisher Stephanie Sands Larkin, who runs Red Penguin Books, and who was there from beginning to successful conclusion, leading the way for this first-timer, and keeping me calm and on track throughout.

It all came about quite by chance: weekly questions about one of my favorite topics–the theater–on my Facebook page led a couple of my friends to suggest  that I might compile the discussions that ensued into some sort of book. Jokingly, I agreed it was a good idea, saying all I needed was a publisher!

Lo and behold, Stephanie reached out to me and within about six months, my book, “The Theater and I,” hit number one among new releases on Amazon’s best seller list!

The required formal meetings throughout the process were surprisingly few, the time together well spent. Throw in a few telephone conversations, and, seemingly without complications, the book came into existence.

As we began, we bandied about some ideas for possible topics for individual chapters and how best to tie the book together. With that, I was on my way.

I sent the first few chapters to Stephanie for her initial reaction, and she was most supportive from the outset. She suggested I just keep writing and, before I knew it, I had all the basic material down on paper. I did a bit of re-arranging of chapters and my book was ready to be formatted.

Not a technological person, I approached that part of the process with some trepidation, but Stephanie took control and, just like that, I held in front of me something that began to resemble an actual book! Stephanie suggested I jot down a list of possible titles, which I did. For me, there was only one that I really considered, and she immediately agreed! We added photographs, captions, and a dedication.

We talked about the front cover design. Stephanie took my suggestions and implemented them beyond my expectations.

The proofreading phase required some back and forth between us until the finished product was as close to perfection as we could get it. The rather detailed index, which required tremendous time and attention, turned into a major asset to the publication.

I am, I should point out, quite the perfectionist, and Stephanie very quickly understood this, never once losing her cool, no matter how nit-picky I became. Her patience is seemingly boundless.

Once the book was published, Stephanie listed in on Amazon, strategically placing it in categories that would likely gain it the most exposure possible on the site. It was no mere stroke of luck that took it to number one!

The topper was the book signing event, which Stephanie and I planned to suit not only the theme of the book but my own personality. It was held in, most appropriately, a theater, filled with nearly 100 attendees, anxious to pick up a copy and have it signed. I read a few excerpts from the book, and introduced in person a major character from it. She performed a couple of meaningful theater songs, and the entire audience joined in for a sing-along. We toasted with champagne, and everyone had a most memorable time.

The entire experience of working on the book with Stephanie has been a pleasure, from beginning to end. We’ve already started talking about another one and I just might take a second plunge.