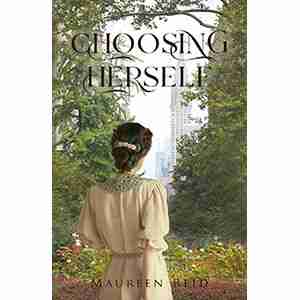 We are so proud of author Maureen Reid who was recently featured in the L.I. Herald after publishing her second novel “Choosing Herself.”

After a fulfilling career as a director of human resources and counselor, Maureen Reid became a debut author in her 70s, but her late start didn’t keep her from earning awards for her works.

“I had already had a very successful career, so this was my act four,” explained Reid, a Rockville Centre resident.

Reid was the director of human resources for America’s Region of Clifford Chance, a law firm based in London, for 30 years and ran a consulting practice for 15 years. After many successful years, Reid took a leap and decided to write a book. Based loosely on her grandmother’s journey from Ireland to New York during the beginning of the 20th century, “Becoming Herself,” was Reid’s first published novel.

Reid did not know much about her grandmother, Margaret George, other than the fact that her mother died on the voyage from Ireland and Margaret was adopted by a farm family upstate, where Reid was raised. Reid included some family names in her novel, but the book is largely fictional.