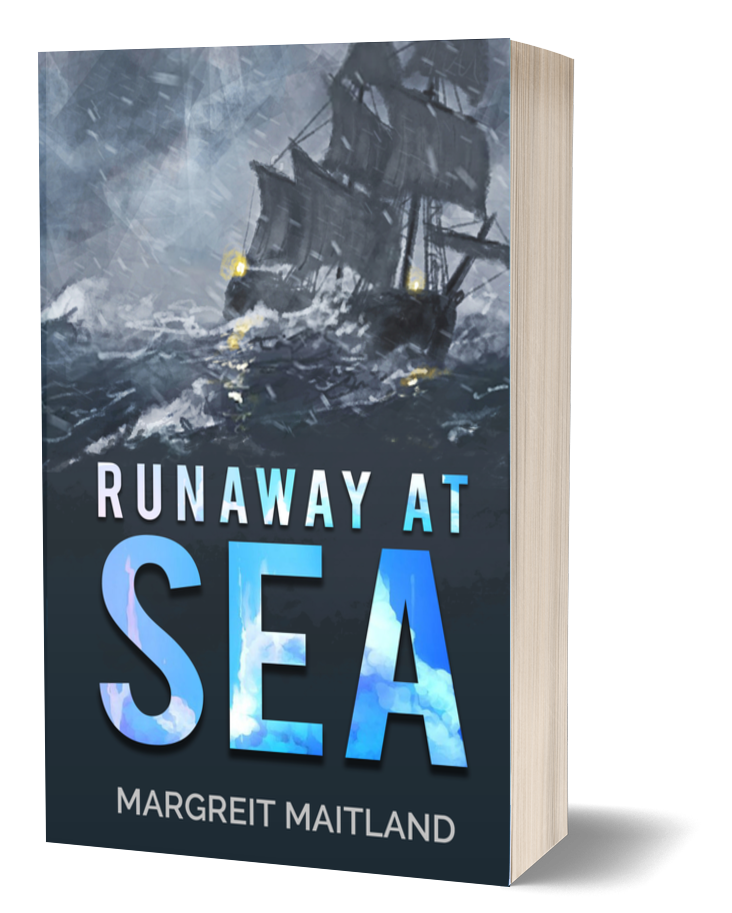 A naïve plan to run away and cruel misfortune puts twelve-year-old Robert and his best friend Michael on a British naval vessel. When the boys are found huddling at the bottom of a lifeboat, they are forced into service and their hopes for an easy passage are crushed. Now they must figure out how to survive in this harsh maritime world and find a way out, without getting shot as deserters. Horrible squalls, a mysterious initiation at the Equator, and an untimely death during a perilous rounding of Cape Horn fill the months with adventure. An unexpected opportunity to escape suddenly presents itself and the boys muster the courage to desert. Immediately, they are lost in a dense and dangerous jungle and must learn a new way to stay alive.

Margreit Maitland’s, Runaway at Sea, is an action packed, historical fiction adventure. It captured the attention of my middle school students and is guaranteed to keep you eagerly reading, from start to finish. The author has finesse in creating real-life characters and a plot that puts you in the center of the action. A necessary purchase if you’re looking to instill empathy and compassion into others. I am looking forward to the next book.

Impressive debut by Margreit Maitland. The story draws you in on a nautical adventure through the eyes of a teenage boy who experiences hardship and tragedy on the high seas. Beautifully written with attention to detail in storytelling and well developed characters.

Runaway at sea is an adventure book that you don’t want to miss. I kept wanting to read more. With such vivid details it put you right there with the crew. But it also gives you a lesson to stand up for yourself.  A true treasure of a book.

Runaway At Sea does what every good read should: transport the reader to a different time and place. During your adventure, you’ll sail the seas and trek through the rain forest alongside 12-year-old Robert and his best friend Michael as they run from their problems. But as these boys begin their journey into manhood, they learn an important lesson: you can’t run away from your problems.