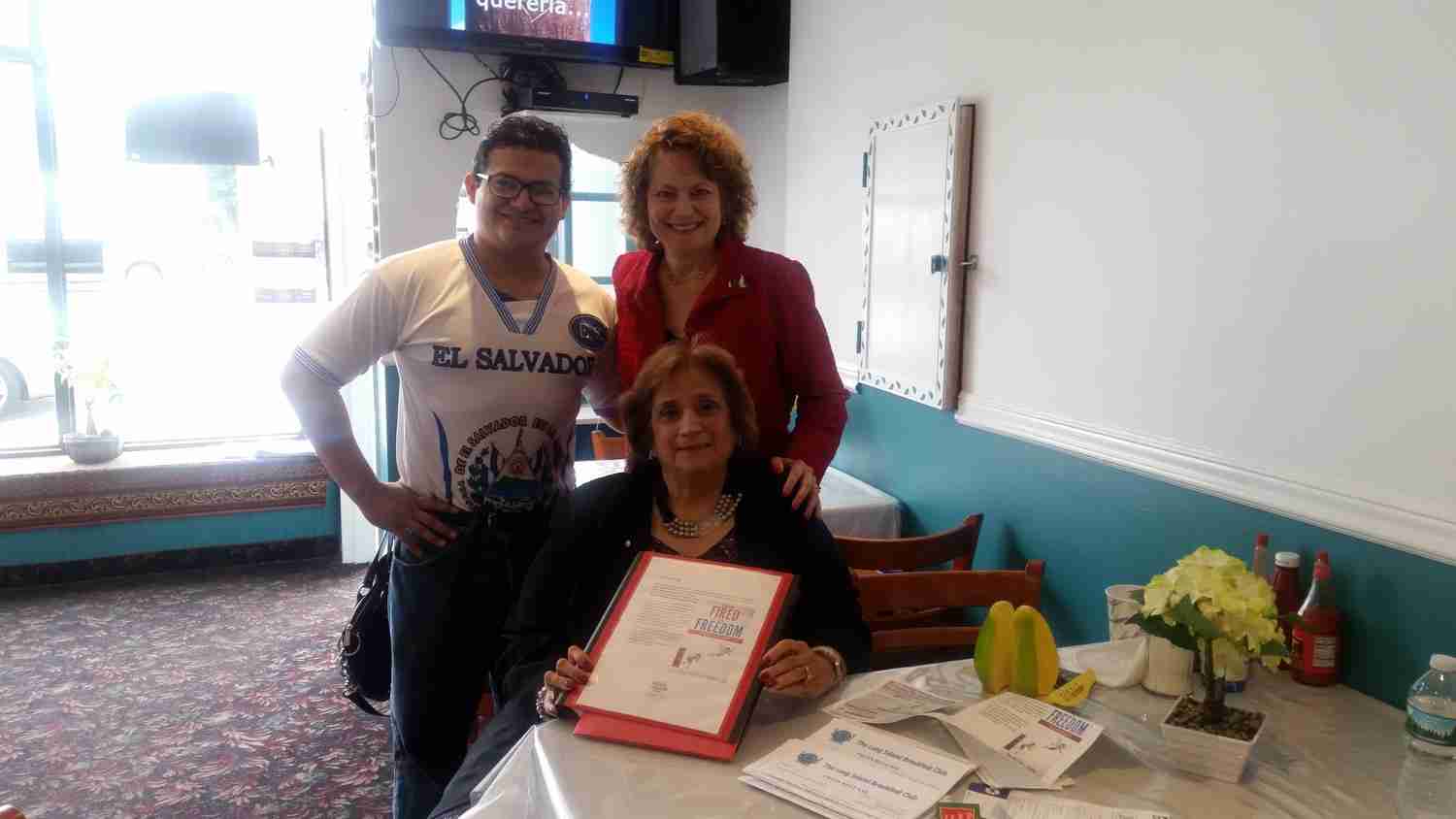 About four years after West Hempstead resident Valentina Janek helped launch the job-networking Long Island Breakfast Club in 2006, she was inspired to share the stories of people seeking employment after losing their jobs in middle age. Eventually, she started to take notes and compile those tales into a book.

“I got to know everybody very well, and because of that, I thought it would be nice to write a book about the club, because it’s given me so much joy,” said Janek, 66, the club’s president.

The new book, “From Fired to Freedom — How Life After the Big Bad Boot Gave Me Wings,” is a compilation of stories about middle-aged people who faced the struggles of losing their jobs, and how they moved forward from those experiences.

Like many members of the Breakfast Club, Janek was laid off from her job. Thirteen years ago, she worked as an operations manager and chief morale officer for CMP Media. Janek realized that she was not alone, and that middle-aged people have a difficult time finding work.“

Losing any job is a wakeup call,” said Breakfast Club co-founder Chris Fidis, 59, who lost his job as an operation implementation manager at Verizon Select Services in 2012.

Fidis said that he and Janek discussed the idea of her book for years, and that along with the Breakfast Club, it will be a “power to be reckoned with.” To move forward from a job loss, Fidis said, “Don’t count on friends. Count on yourself, your family and the man upstairs. You have to pick yourself up, dust yourself off and reinvent yourself.”

“Her new book just captures everything,” said Breakfast Club member Patti Locurcio. “Valentina has such a wealth of information. All she wants to do is help people, and it helps to know that there’s somebody that could relate to this. This book is going to be explosive.”

Janek, who wrote her first book, “In Love and Friendship,” in 2008, said that it brought her a new life. She grew up in Floral Park, and moved to West Hempstead 27 years ago with her husband, Ronald, and their daughter, Jennifer. The Janeks were married for 47 years until Ronald’s death last year.

Valentina said she hopes that through her book — which is expected to be released this fall — and her personal experiences, she can bring more awareness to middle-aged people who are looking for jobs.

“You’re not alone, which is how you feel when you lose a job,” she said. “The worst things in life are a job loss, personal loss and moving. Most of the stories in this book are very positive, and everything has a silver lining.”