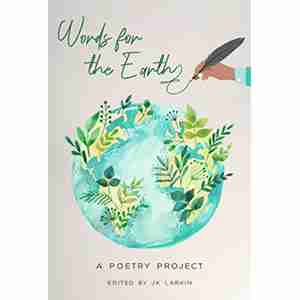 “It is our collective and individual responsibility to preserve and tend to the world in which we all live.”

“Words for the Earth–A Poetry Project” unites the beautiful poems of over thirty writers from across the globe in the hopes of spreading awareness and promoting environmentally conscious activism. As the planet faces a time of largely human-caused ecological instability, it is up to all of us to not only keep ourselves informed about all that we can be doing to support the earth personally, but further to help lead others and the greater systems around us towards making even greater change.

Featuring the works of the following poets: