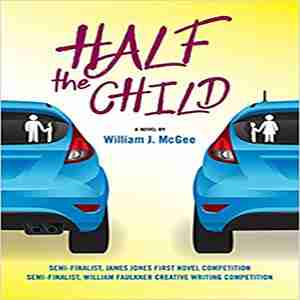 HALF THE CHILD takes place over four consecutive summers in the lives of Michael Mullen and his son Benjamin, who ages from 2 to 5. The novel chronicles the separation, divorce, custody battle, and abduction that threaten to tear them apart. Mike is a 34-year-old air traffic controller at New York City’s LaGuardia Airport who is also pursuing a graduate degree in Psychology. He and Ben’s mother were married for less than five years when she suddenly decided to seek a divorce. Throughout these four summers the legal stakes keep dramatically increasing, as mediation devolves into litigation, and her romantic and career aspirations spur her to first take Ben to Indiana, and then to abduct him and resettle outside the U.S. For Mike, the cost of asserting his rights as a father and Ben’s rights as a son continues to escalate. Over the course of the four summers, the battle for Ben negatively affects Mike’s career, education, financial state, friendships, romantic life, physical health, and emotional well-being. Ultimately, refusing to relinquish his parental rights leads Mike to personal bankruptcy, temporary homelessness, potentially catastrophic errors at work, and suicidal depression. Yet Mike steadfastly refuses to consider a life that consists of him living apart from Ben. For both Ben and Mike, these are years of unparalleled growth. But with courts continually ruling against Ben’s father, it remains uncertain if their bond will survive. Ultimately, they will write their own love story. HALF THE CHILD was a semi-finalist in both the 2017 James Jones First Novel Competition and the 2017 William Faulkner Creative Writing Competition.

“Half The Child” audiobook is available at the following retailers: